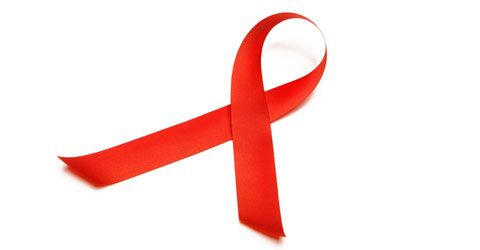 The four-symptom screen for active tuberculosis (TB) that is recommended for all people living with HIV in lower-income settings is less likely to detect active TB in people taking antiretroviral therapy (ART) and may be improved by the additional use of a chest x-ray, according to a systematic review and meta-analysis by the World Health Organization (WHO).

The findings are published in the journal The Lancet HIV.

TB remains the biggest cause of death in people living with HIV, including those already taking ART. WHO estimated that nearly 400,000 people with HIV died of TB in 2016. Preventing the development of active TB by giving isoniazid preventive treatment is a priority for reducing the incidence of TB in people living with HIV. TB prevention using isoniazid requires screening to rule out active TB, as the use of isoniazid preventive therapy in a person with active TB would lead to the development of isoniazid resistance.

To improve the uptake of isoniazid preventive treatment, WHO developed a four-symptom screening test that allows physicians to rule out the presence of active TB. In the absence of current cough, weight loss, night sweats or fever, TB preventive treatment can be started. If any of the symptoms are present, further investigation is necessary.

The review identified 21 prospective cohort studies involving 15,247 people with HIV. Ten studies included people taking ART but three studies were excluded from the meta-analysis because they did not disaggregate data according to ART status.

The meta-analysis covered 18 studies involving 4640 people taking ART and 8664 people who were previously untreated at baseline. A median of 68% of people with HIV had at least one of the four symptoms but the median proportion of people on ART who had at least one symptom was lower, at 29.7%.

Five studies included data on chest x-ray findings. However, only two studies provided data on 646 people that allowed the pooled sensitivity and specificity of the four-symptom screen plus chest x-ray to be calculated in people on ART.

The review authors say that the four-symptom screen may be less sensitive in people on ART because people with low CD4 counts – more likely to be initiating ART – are also more likely to present with symptoms of fever or weight loss due to HIV disease or other opportunistic infections.

Although chest x-ray significantly improved the sensitivity of screening in people on ART, the authors of an accompanying comment article, Colleen Hanrahan and David Dowdy of the Johns Hopkins Bloomberg School of Public Health, question whether the modest improvement in the probability of detecting active TB in the absence of symptoms is worth the logistical and financial challenges that national treatment programmes will face if they try to expand the use of chest x-ray.

“It is likely that a recommendation to require chest x-ray before initiation of preventive therapy will do more harm than good,” they say, pointing out that the reduction in the specificity of the four-symptom screen if chest x-ray is added would reduce the number of people eligible for isoniazid preventive treatment.

In the light of these findings,WHO has recommended that chest x-ray may be added to the four-symptom screen in people who have already started ART.