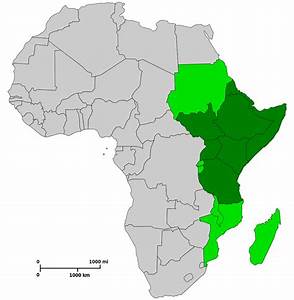 A set of varied barriers adversely impact positive outcomes at different stages in the HIV care cascade in the rural East African context, according to a qualitative study recently published in PLOS ONE by James Ayieko and fellow researchers. This study highlights the important role played by factors ranging from the psychosocial (such as varied forms of stigma) to structural factors (such as poverty).

This study also draws attention to gendered differences when it comes to barriers accessing care: women more readily engaged in care despite potential stigma, whereas men avoided care in response to fears around being blamed and shamed about HIV infection.

The study sample consisted of 63 HIV-positive participants already enrolled in the baseline year of an HIV test-and-treat trial (the Sustainable East African Research for Community Health or SEARCH study). The qualitative data was collected prior to the rollout of the test-and-treat intervention in order to better understand barriers to engagement in care.

The qualitative study focused on eight rural communities in Kenya and Uganda. From these eight communities, purposive and random stratified sampling techniques were used to identify candidates for in-depth interviews. At the time of the interview, of the 63 participants, 42 were engaged in HIV care, 21 were on antiretroviral therapy (ART) and a total of 21 were not engaged in care. The median age was 37 years (IQR 30-44); 34 were female, 36 were from Kenya and 27 were from Uganda.

In-depth semi-structured interviews were carried out with participants in a preferred language and then transcribed and translated into English for thematic analysis. The researchers used a socio-ecological framework to analyse results in order to account for wide-ranging, as well as more individualised, factors affecting ongoing engagement in care. This accounted for broader macrosystem factors (such as economic inequalities) as well as more individual factors (such as negative experiences with ART).

Three main forms of stigma emerged as a barrier to successful engagement in care at different points: anticipated, enacted and internalised stigma. People would go out of their way in order to avoid the potential, or anticipated, stigma associated with being seen attending a clinic to access ART.

“When I go there, I try to hide, because if someone from this village sees you there, when you come back you find when they have announced to the whole village that you have HIV.” (24-year-old married female, Uganda, engaged in care and on ART)

Enacted stigma took the form of overt discrimination based on HIV status and being viewed as “promiscuous” or “immoral” as a result of having HIV. Within communities, HIV was often viewed as a “death sentence”.

“They comment and say that people with HIV are moving corpses and are useless.” (44-year-old married male, Uganda, not engaged in care)

Internalised stigma was the internal convergence of these forms of stigma and resulted in feelings of shame, embarrassment, low self-worth and depression.

Fear of HIV disclosure, as a result of anticipated stigma, emerged as a distinct barrier to care engagement. This was especially important when linking to services, remaining in care and adhering to treatment. This took on two main forms: fear of disclosure to a partner and fear of disclosure at clinics.

Fear of disclosure to a partner meant that the HIV-positive individual might not engage in regular care (such as taking medications or clinic attendance) as they could not share their status with their partner for fear of being accused of infidelity. A gender difference emerged here, with men more likely to avoid care altogether while women would access care but keep their status secret. Fear of disclosure at clinics emerged as a result of anticipated stigma: knowing staff who worked at the clinic, fear of exposure and concern about being talked about in a derogatory way. This presented a barrier in terms of accessing consistent care.

Being in denial about one’s HIV status after receiving the diagnosis also presented a barrier to care. This often meant that care was only accessed at later stages when the patient had more severe illness. The study found that young men were disproportionately affected by denial.

“[I took] about five years [before enrolling into care] and in-between I used to go for repeated tests which all tested positive.” (42-year-old married male, Kenya, engaged in care and on ART).

More wide-ranging factors that affected accessing care included poverty, poor quality of health services and competing demands. Poverty manifested as a barrier as a result of food insecurity: participants reported not wanting to take medications on an empty stomach as it often worsened side-effects.

“I don’t like taking these drugs when there is no food. When I have nothing to eat, I don’t take them.” (36-year-old married female from Kenya, engaged in care and on ART).

Additionally, the chronic nature of HIV care means repeated clinic follow-up visits, with transportation costs being a barrier. Participants reported hostile treatment environments, negative attitudes from healthcare providers and long waiting times as barriers to accessing care. People would often need to take a whole day to attend a clinic visit and this would mean that a day of income would be lost.

“These service providers are sometimes not friendly… The providers make noise to the clients who have either come late or defaulted and send them back home without drugs. This is sometimes humiliating to the clients who sometimes get demoralised and just stop going for drugs completely.” (31-year-old widowed female, Kenya, engaged in care and on ART).

Overall, the authors conclude that stigma remains a persistent barrier to accessing care in the East African setting. Although advancements have been made in terms of HIV treatment, negative attitudes have been much slower in changing. This stigma needs to be addressed directly by providing stronger support structures for patients, mental health services, education programmes and stronger peer linking for people living with HIV.

Additionally, the quality of care facilitate patients’ engagement with care and is amenable to intervention. Patient-friendly services that encourage continuation of care are required in order to achieve better outcomes and to move closer to the 90-90-90 targets.