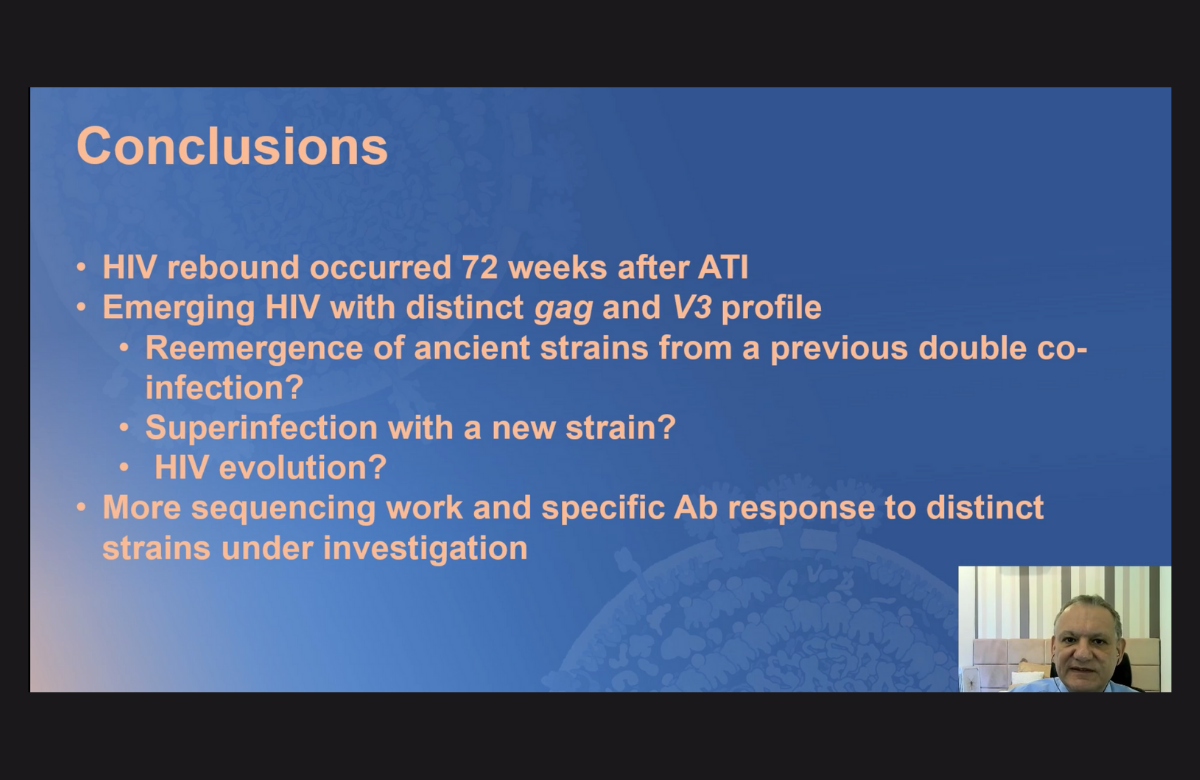 A Brazilian man who last summer had no evidence of remaining HIV after more than 15 months off antiretroviral therapy once again had detectable viral load a few months later, the conference was told.

In an effort to reduce the size of the HIV reservoir, the man had received an intensified drug regimen (five antiretrovirals and nicotinamide) followed by a closely monitored treatment interruption. At AIDS 2020, it was reported that he had undetectable HIV RNA, undetectable HIV DNA and low HIV antibody levels.

However, a few months after that, cell-mediated immune responses progressively disappeared. He also developed a range of symptoms and had detectable RNA again.

The emerging HIV strain had genetic differences compared with the baseline strain, and the reason for this is not yet clear. Possibilities include viral evolution within the patient’s body, reinfection with a new strain or re-emergence of a different strain from prior dual infection.