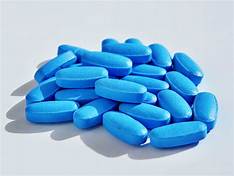 Gay men in London who source their own supply of generic pre-exposure prophylaxis (PrEP) drugs, usually from overseas internet pharmacies, most often learnt about this possibility from people in their social network and would like more support from other PrEP users to be available. Nonetheless, clinicians’ endorsement of purchasing PrEP online was important in convincing men of the legitimacy of the practice and men would have much preferred the NHS to actually provide PrEP, according to a study in PLOS ONE.

After the PROUD study released its results in 2015, NHS England chose not to provide PrEP and then lost a legal battle with campaigners over its decision. In late 2017, it opened an implementation trial that will provide PrEP to 13,000 people. However, actually getting a place on the trial is not always easy and, at various times, some clinics have been unable to enrol any more gay men on the trial.

Given the slowness of the health system to respond to evidence of PrEP’s efficacy and the impossibility or difficulty of obtaining PrEP through traditional healthcare routes, many gay men have turned to the internet to buy generic PrEP for themselves. The activist websites I Want PrEP Now and PrEPster have shared information about how to do this. While the number of people actually buying PrEP online is unknown, it has been estimated at around 10,000. Moreover, between March 2017 and March 2018, the PrEPster ‘Buying Online’ webpage was viewed 100,000 times.

This is the first study to explore the experience of men who have self-obtained and self-administered PrEP. The researchers were particularly interested in finding out about their information and support needs.

While the situation may appear to be specific to England (in particular, the combination of PrEP not being available and of regulations that allow generic medicines to be imported for personal use), patient activism to get medications that are not readily available occurs in relation to other medical conditions. There have been buyers’ clubs to obtain modern hepatitis C treatment and transgender people often resort to purchasing hormonal therapies online. Moreover, in countries where PrEP is formally available, but there are financial barriers (such as insurance premiums) or the supply is rationed, individuals may sometimes decide to buy PrEP online. The study may therefore be relevant in a wider range of settings.

Sara Paparini and Will Nutland led three focus group discussions in the summer of 2017. In their discussion of the study’s limitations, the authors note that the second author’s prominent role in PrEP activism and the PrEPster website could have coloured participants’ responses.

Participants were recruited through advertisements on social and sexual networking apps. Twenty gay men who had bought their own PrEP took part – half were born outside the UK, almost all lived in London, most were in their thirties or forties, and all were university educated. The authors note that this self-selected sample of early adopters is unlikely to be representative of all gay men who obtain PrEP in this way. Australian and French studies suggest that substantial minorities of informal PrEP users have lower levels of education or are in their twenties.

There was a wide variety of ways in which participants first learned about PrEP and how to source it themeselves. Around half were directed to I Want PrEP Now or PrEPster by a sexual health clinician after they had been identified as being at higher risk of HIV – one man described his doctor writing the web address on the back of an envelope.

For those who did not find out in the clinic, friends and sexual partners were key to getting information about PrEP. Some had read about it in the media or from a link posted on Facebook. Of note, four men had first heard of PrEP from friends or sexual partners when travelling in the United States.

“My friend was on it. I had a talk with him and that’s when I started my journey of education and learning.”

Most participants bought their PrEP from one of the pharmacy websites featured on I Want PrEP Now. One man had originally had a private prescription while another had sourced his PrEP from the HIV treatment his HIV-positive partner was taking.

In choosing which website to buy from, men were motivated by endorsement by I Want PrEP Now, how user-friendly sites were, how trustworthy they appeared to be, their prices, and the range of payment options.

Very few men had problems with drugs not arriving, but the businesses could be slow to respond to queries, as this man described:

“The whole system seems like it’s being run out of a garden shed.”

Many men had dilemmas about the legitimacy of online purchasing. The lack of certainty about the pills they would be taking contributed to hesitation in starting PrEP.

“It is alien in this country to buy your own drugs.”

“What if this is just a sugar pill? How can I assess what a good pharmaceutical website is? I can’t. I have no idea.”

While men got information from a range of online and personal sources, it was almost always the discussion with their NHS sexual health clinicians that made them decide to go ahead and buy PrEP.

“The doctor pointed it [the website] out… Nothing can be wrong with this.”

The 56 Dean Street programme providing therapeutic drug monitoring – which showed that the drugs delivered were not fakes – gave legitimacy to men’s use of otherwise unknown pharmaceuticals. It provided reassurance and removed lingering worries.

As men dealt with the day-to-day practicalities of taking PrEP – including managing side-effects and choosing between a daily or event-based regimen – they sometimes struggled to find information that they felt they could trust.

“It’s the little questions, just having something authoritative and definitive that answers them, in one place that has been given that authority. Not just by the IPERGAY trial or by the authority in the USA, but by something that’s known, domestic and that I can point to for my own purposes, the medical profession here.”

There was confusion in all the focus groups about kidney function tests, in particular in relation to the sample needed (urine or blood) and their recommended frequency. Men appeared to have received inconsistent advice from different healthcare professionals.

Men were grateful for the support they had received from sexual health clinics and were conscious of the difficult situation in which their clinics found themselves, given NHS England’s ambivalent stance on PrEP provision. Nonetheless, many were frustrated with such inconsistencies and with staff members who were not always aware of the necessary tests and procedures.

Beyond the clinic, friends living with HIV offered advice about taking the drugs. However, the most crucial support came from peers and partners who had used or were also using PrEP. This peer support element, through friendship and social media, was seen as an essential component of PrEP education by almost all participants, with peer experience being seen as “less abstract” and “more trustworthy” than a website.

“Peers’ experience is important, especially if they’ve been taking it for a while. It saves you the trouble of following those dead-ends yourself.”

Asked to comment on a possible peer-led support intervention, all participants felt that it was needed and would be beneficial. They agreed that a face-to-face intervention would be preferable to an online service.