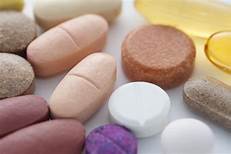 A new gold-standard triple therapy for H.I.V. has just made its debut in Africa. It costs $75 a year. In the United States, many people with H.I.V. take an almost identical therapy. It costs $39,000 a year.

The United States is infamous for its high cost of health care — and H.I.V. medicines are a big part of that. Plenty of drugs carry outrageous prices: EpiPens, insulin, cancer treatments, even some antibiotics. But no class of medicines is more scandalously expensive than for H.I.V. These medicines are by far the largest item in Medicaid’s drug budget, the third largest for the insurance exchanges and the fifth largest for commercial insurers.

What do we get from spending so much? Not enough. H.I.V. therapy aims to suppress the virus to the point where it is undetectable in a patient’s blood. Patients with suppressed H.I.V. are healthy and noncontagious. Just under half of all people living with H.I.V. in the United States have achieved that. That’s not only way below countries like Britain and France; it’s worse than Zimbabwe, Kenya and Malawi.

The high cost of drugs contributes to this failure. Our big problem in America is that too many people with H.I.V. don’t know they have it. Drugs can’t solve that. It requires humans — to find people, win their trust, bring them into the health care system and help them deal with other issues (such as substance abuse) so they can handle getting tested. “We have a trade-off,” said Demetre Daskalakis, deputy commissioner for disease control in the New York City Department of Health and Mental Hygiene. “New York City and New York State are a bit of a wonderland — we’re resourced very well compared to other places. But even we have limits to what we can do — because of spending on drugs.”

What does it cost to make each year’s supply of that $39,000 therapy? Well, the generic manufacturers Aurobindo and Mylan, which supply the drug in Africa, make a profit when they sell it to the United States’ President’s Emergency Plan for AIDS Relief and to the Global Fund to Fight AIDS, Tuberculosis and Malaria — two organizations that buy drugs for low-income countries. So logic says it must cost less than $75.

“Whenever I hear that, I pretty much have a seizure,” said Dr. Daskalakis. “That we are going to be able to scale up all over the world is amazing. But in the meanwhile, people in the U.S. have problems staying on medicines because of our crazy system.”

The crazy system exists because until very recently, there has been virtually no price competition in H.I.V. drugs. But we are seeing the first attempts to control the galloping cost of treating H.I.V.

Next year for the first time, Express Scripts, which is one of the country’s largest pharmacy benefits managers, with coverage of 25 million people, is kicking an H.I.V. medicine, Atripla, off its list of covered drugs. It will exclude Atripla because there’s now another drug that is essentially identical and costs 40 percent less. (They differ in one piece of their triple therapy, but the World Health Organization and the United States government consider those drugs to be interchangeable.)

UnitedHealthcare, one of the biggest insurance companies in America, is experimenting with a different way to control costs. Beginning this fall, it will encourage patients it covers to choose a less expensive H.I.V. therapy. In its My ScriptRewards program, patients who choose the cheaper H.I.V. regimen will have no co-pay or co-insurance costs, and can get $500 in gift cards to use for other health care expenses.

Why now? “There are new options in the market,” according to Lida Etemad, who is vice president for pharmacy management services at UnitedHealthcare. “There are recommended regimes at a lower cost than we’ve seen.”

She’s talking about new drugs from Mylan — the generic manufacturer that achieved infamy for the $600 EpiPen in 2016. Mylan is the world’s biggest manufacturer of generic H.I.V. drugs. This year the company brought out three new H.I.V. medicines in the United States, with prices pegged at 40 percent below the equivalent brand-name drugs.

UnitedHealthcare is giving patients incentives to choose Mylan’s two-drug combination of Cimduo instead of its pharmacological equivalent Truvada, which costs $19,700 a year. (Prices quoted are from the government’s survey of what pharmacies pay. Price secrecy elsewhere along the chain of purchases — from manufacturer to insurers and ultimately to patients — leaves doctors totally in the dark about the cost of what they prescribe, and patients as well. That’s true even for Medicare and Medicaid, where tax dollars pay the bills.

“Lower cost” is relative — obviously, these prices are pretty far from $75. But generic competition slashes prices only when there are many competitors. The usual price drop with the first generic is small — 15 percent or less. (The Mylan drugs are not technically generics, because they are new single-pill combinations of existing generic drugs, not exact copies of existing drugs.)

The United States spends about $20 billion a year on H.I.V. drugs. Anil Soni, the head of global infectious diseases for Mylan, said that if generics and lower-cost H.I.V. medicines — made by Mylan and other companies — were incorporated into treatment regimens, America could save between $3 billion and $5 billion, with about $1 billion of that savings accruing to Medicare and Medicaid.

Mr. Soni has experience in public health unusual for a drug company executive. He was the chief of staff to the first leader of the Global Fund and later chief executive of the Clinton Health Access Initiative. At Mylan, he negotiated the agreement to supply the $75 therapy in low-income countries.

“We should be planning in a smart way to make these switches when they become possible,” said Mark Harrington, executive director of the Treatment Action Group, which works globally to help people get medicines for H.I.V., tuberculosis and hepatitis C. “If this were a rational world, this would set in play a dynamic series of negotiations between buyers and manufacturers, trying to bid around for the lowest price,” he said.

But what an irrational world it is! What’s new about Mylan’s Cimduo is that it combines two medicines available in generic form: tenofovir and lamivudine. If Cimduo is interchangeable with Truvada, then so are these drugs. The difference? Cimduo is two pills (taken together) instead of one. Oh, and the price — together the two generics add up to $1,635 per year.

Someone might say: Let’s prescribe both generics and we’ll save $18,000 off the cost of Truvada!

The same is true for Mylan’s three-drug combos. The cost of the three generic drugs in Symfi and Symfi Lo is $12,000. Prescribing those individual drugs instead of Atripla would mean taking three pills instead of one — and saving $20,000.

This isn’t an accident. H.I.V. drug pricing is a mess because drug companies have so much sway over government policy. For example: Medicare is not allowed to negotiate with drug companies on price — although 92 percent of Americans think it should. If Medicare could get the same prices that, say, the Department of Veterans Affairs gets, it would save nearly $3 billion a year on just the 20 most-prescribed drugs, according to a study by Senate Democrats.

Pharmaceutical companies have built a system in which no one in a position to limit costs wants to do so.

The federal panel on antiretroviral guidelines now does include references to drug costs, said Dr. Rochelle Walensky, chief of infectious diseases at Massachusetts General Hospital and a guidelines panel member. “But the first-line regimens recommended still favor the absolute best — and often most expensive — drugs available. It’s ‘if this were my dad, what would I want him to have?’” she said.

Insurers should care about price. But it’s hard for them to refuse to cover a recommended drug, and they can pass their costs along in the form of higher premiums.

Taxpayers should care about price; after all, health care represents 18 percent of the national economy. But the industry has proved too powerful.

Drugmakers have designed a system in which parties that would otherwise campaign for cheaper drugs actually have an interest in high prices. For example, clinics that serve H.I.V. patients also, perversely, benefit from high prices. Their pharmacies can buy drugs at Medicaid prices. But if a patient has commercial insurance, they can bill the insurer at commercial prices.

This arbitrage is very profitable. “Lots of the dollars that come back fund case management, social work, nutritional programs and peer outreach,” said Tim Horn, the director of medication access and pricing at Nastad, the organization of state public health officials who work on H.I.V./AIDS. “They really do help to subsidize a lot of H.I.V. care.”

Most important are the distorted incentives for patients. Super-organized, savvy patient groups all over the world banded together to make H.I.V. medicines affordable in poor countries.

But in the United States, virtually no one on antiretrovirals has to pay for them. For those without private insurance, Medicare or Medicaid, the Ryan White AIDS Drug Assistance Program steps in. No other disease has such a program.

If patients have high out-of-pocket costs, such as co-pays and co-insurances, makers of brand-name H.I.V. drugs help patients. (Mylan is doing this, too, with its new drugs.) It’s smart business — small payments that increase sales of very expensive drugs.

It’s good for patients — and rather unusual in the American health care system — that they needn’t worry about paying for expensive drugs. It’s also good for everyone else: If people couldn’t afford their meds, we’d have many more deaths, huge hospital bills and an uncontrollable H.I.V. epidemic. But insulating patients from costs has greatly reduced patient pressure for lower prices. And it neutralizes a powerful potential adversary of the drug companies.

Generic medicines don’t normally come with co-pay assistance. So patients could end up paying more out of pocket for a $1,000 generic than for a $30,000 brand-name drug. Along with the inconvenience of multiple-pill regimens, this is a big reason generics aren’t much used.

Mr. Horn believes things are changing. “Cost considerations are becoming considerable factors in H.I.V. care,” he said. “It’s high time. We’re on the cusp of something.”

That something, however, carries perils, he said. “There’s a complex patchwork in place. We want to make sure everybody continues to have access to prescription drugs and services.”