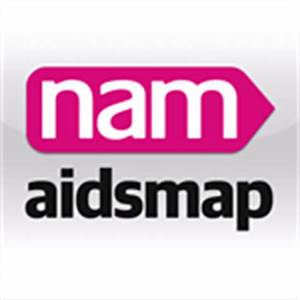 Zoledronic acid also had an important impact on osteoporosis in the trial. In both study arms, most increases in bone mineral density occurred rapidly (in the first 12 months) and the two strategies were well tolerated.

Background: low bone mineral density
Low bone mineral density (BMD, also known as osteopenia) is more frequent in adults living with HIV than in HIV-negative adults. In addition, people taking antiretroviral therapy (ART) have a further lower BMD than those not taking ART. Other factors associated with osteopenia include older age, the menopause and specific antiretrovirals, especially TDF, which can cause BMD declines of 3 to 5%, within the first year of use.

The best measurement method for bone loss is the DEXA scan, an enhanced form of X-ray technology that is performed at the lumbar (lower) spine and/or the hips. Results of a DEXA scan are most often given as “T-scores”. A T-score > 1 shows a normal bone density, whereas a T-score between < 1 and < 2.5 indicates osteopenia.

If not treated, osteopenia may lead to osteoporosis, a condition where bones become porous, up to a point where spontaneous fractures can occur. Therefore, when osteopenia is confirmed, people may be advised to switch ART, in order to interrupt the exposure to the drug(s) causing or worsening the condition.

Additionally, as in the general population, a drug from the bisphosphonate class may be prescribed. Bisphosphonates include zoledronic acid (Aclasta), an intravenous infusion usually given once a year, and alendronic acid (Fosamax) tablets, taken either daily or weekly.

Previous trials of bisphosphonates in people with HIV have reported increases in BMD, with those increases appearing to be greater than switching from TDF. However, there have not previously been any head-to-head studies to determine which strategy is superior.

The study
Researchers from Australia and Spain conducted a randomised trial to compare: (i) switching from TDF and (ii) the maintenance of patients on their TDF-based ART, to which zoledronic acid was added.

Eligibility criteria were virological suppression < 50 copies/ml for a minimum of three months; having been on a TDF-containing ART for at least 6 months, and; having a T-score of < 1 at the spine (L1-L4) or the left neck of the femur (hip), obtained with a DEXA scan.

Between July 2012 and January 2015, 87 individuals were randomly assigned to either pursue their treatment, and receive two 5mg doses of IV zoledronic acid (at baseline and at month 12), or to switch from TDF to another antiretroviral, but without ever taking any bisphosphonate.

Participants in this open-label study knew which of the two groups they were assigned to and remained in the study for 24 months. All of them received calcium supplementation and, in case of insufficiency or deficiency, vitamin D supplementation.

Most of the participants were men (only 4% of women), white, and around 50 years of age. CD4 counts were generally high (median 618 cells/ml) and the median duration of prior TDF exposure was 6.2 years. Of note, 23 participants (27%) had osteoporosis, and 32 (38%) had a BMD too low for their age at the spine, total hip and femoral neck. No difference was seen in the estimated risk of a major osteoporotic or hip fracture between the study groups at baseline.

The study’s primary and secondary outcome measures were the mean percentage change, from baseline, in the lumbar spine BMD and in the hip BMD, respectively. The lumbar spine was preferred for the primary outcome as it is known to respond more rapidly to interventions. The BMD measures were done annually by DEXA. Data could be analysed for 85 of the 87 participants (43 in the zoledronic acid group and 42 in the TDF-switching group).

The results show a significant difference between the two approaches. In terms of the primary outcome, at month 24, the mean percentage changes in BMD at the lumbar spine in the zoledronic acid and the TDF-switching groups were 7.4% and 2.9% respectively. For both strategies, the BMD increase was the greatest in the first 12 months, but slowed in the second year in the zoledronic acid group, while plateauing in the second year in the TDF-switching group.

Positive effects of zoledronic acid were also observed in terms of the secondary outcome: at the total hip, mean percentage changes in BMD in the zoledronic acid and TDF-switching groups were 4.6% and 2.9%, by the 24th month.

By month 12, the prevalence of osteoporosis at the hip or spine had decreased from 30% to 12% in the zoledronic acid group, and from 24% to 12% in the TDF-switching group. It did not further decrease by month 24.

Eight fractures were reported by five participants, of which only one was considered as relevant to bone fragility. For fractures, no significant differences were seen between the two strategy groups.

Likewise, there were no significant difference in the number of serious adverse events between groups during the study follow-up, and no adverse event was considered to be related to the interventions received.

Like any other study, this one has limitations. First, and incomprehensibly, too few women were recruited to participate in the trial, and one can question the recruitment strategy. Second, 24 month follow-up of patients to measure the potential impact of a strategy on the rather lengthy bone reconstitution process and on fractures is short. Finally, we must keep in mind that the study was initiated prior to the availability of tenofovir alafenamide (TAF), which is associated with less bone loss than with TDF.

Notwithstanding these limitations, Jennifer Hoy and colleagues conclude that, in a period of 24 months, their trial has demonstrated that annual zoledronic acid 5mg IV dosing is superior to TDF-switching in HIV-positive adults on TDF, in terms of improving low bone mineral density. Results of the follow-up to month 36 will be necessary to confirm the durability of the benefit, as zoledronic acid was administered only at baseline and month 12.