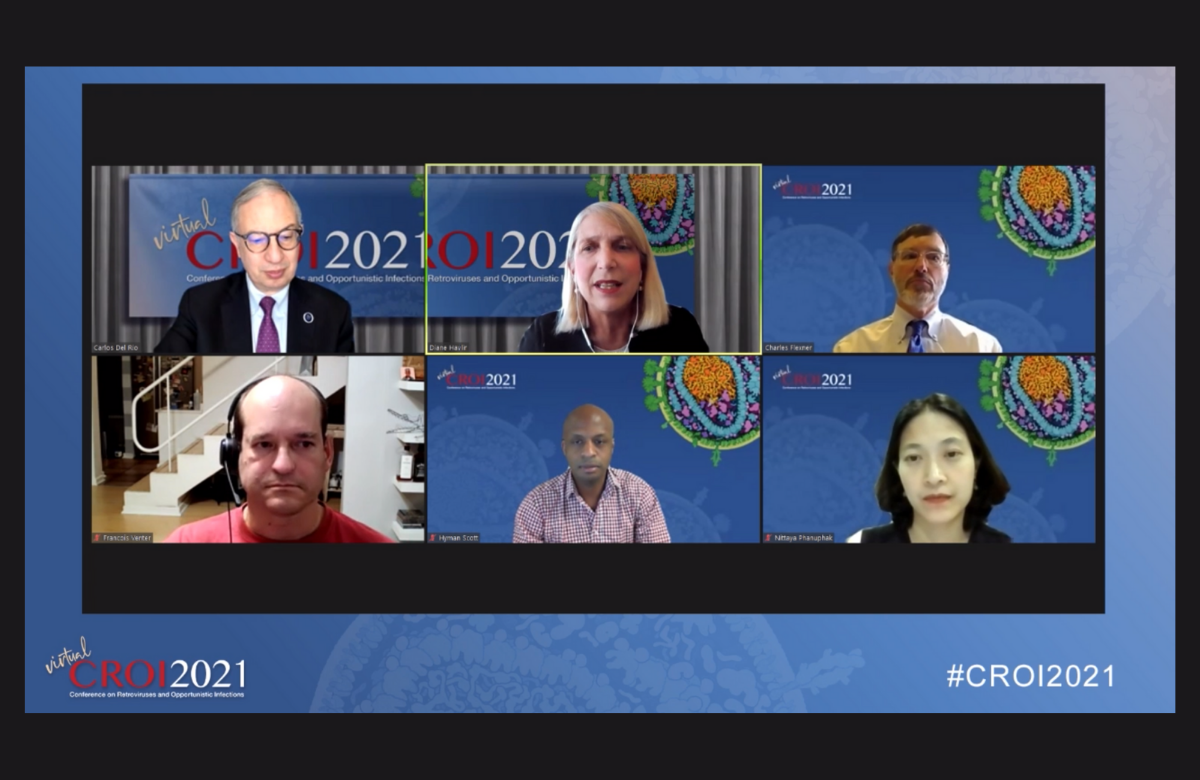 A panel discussion at the virtual Conference on Retroviruses and Opportunistic Infections (CROI 2021) highlighted the importance of injectable HIV medications being practical and affordable.

Professor Diane Havlir said that HIV treatment advances in the last decade were dominated by potent integrase inhibitors and single-tablet regimens, but the next decade promises to be an era of long-acting products.

Professor Francois Venter said that in South Africa there is great enthusiasm from patients for long-acting agents, while healthcare providers have more concerns about operational challenges. South Africa’s successful antiretroviral therapy programme is the largest in the world and adapting to injectable treatment would mean a rethink of workflow in overstretched clinics. Venter was more open to the potential benefits of injectable pre-exposure prophylaxis (PrEP), given the limited numbers who have been reached by oral PrEP so far.

The first long-active formulation of PrEP, injectable cabotegravir, may be on the market by the end of this year or early next year. It’s not yet known how much it will cost.

An analysis presented to CROI 2021, by Dr Anne Neilan of Massachusetts General Hospital, found that in order to be cost-effective in the US, it would have to cost less than half the list (maximum) price for the injectable cabotegravir/rilpivirine combination Cabenuva, which is licensed for HIV treatment.

In order to be more cost-effective than generic tenofovir disoproxil fumarate/emtricitabine (TDF/FTC) (which costs $8300 a year in the US), injectable cabotegravir (CAB-LA) would have to cost no more than $11,600. At this price, it would cost just below $100,000 per extra quality-adjusted life year saved, which is the maximum threshold for what’s usually regarded as cost-effective in the US.

In Europe and elsewhere, generic TDF/FTC can be bought for around $300-900 a year. Although not analysed by Neilan’s team, the model implies that because of the superior effectiveness of long-acting cabotegravir in preventing HIV infections, it could still be cost-effective or cost-saving in the long run in a European scenario, but only at a price of approximately $2000-3000 a year.

A separate study reported at CROI found that cabotegravir (Vocabria) and rilpivirine (Rekambys) injections given every four or eight weeks for HIV treatment maintained viral suppression throughout the two-year follow-up period of the study.

The European Medicines Agency approved the injectable combination in December 2020, supporting both a once-monthly and an every-other-month regimen. However, regulators in the US and Canada (where the injections are marketed together as Cabenuva) only approved the monthly regimen.

The ATLAS-2M study worked with 1045 participants who were randomly assigned to either receive injections of 400mg cabotegravir and 600mg rilpivirine every four weeks or 600mg cabotegravir and 900mg rilpivirine every eight weeks. After two years, 90.2% of participants in the once-monthly group and 91.0% in the every-other-month group maintained viral suppression.